The 1974 World's Fair was held in Spokane Washington.  Although most of the pavilions have since been demolished, the metal frame of the American Pavilion and the original Imax Theater still remain.  The fair was located on Canada Island, Havermale Island and on the adjacent riverside grounds.

Expo '74 was the first World's Fair to focus on the environment.  Much of the land used for the fair was reclaimed industrial land. 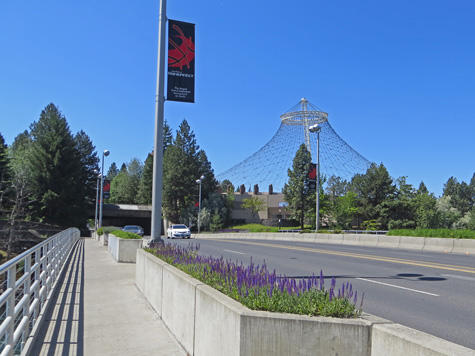 Metal Frame of the American Pavilion from Expo '74
Tweet

To learn more about Expo '74 and discover how a dream came to fruition, watch this interesting Expo '74 Video from PBS.