The Spokane Convention Center was completed in 1974 for the Spokane World's Fair.  It was originally used as the Washington State Pavilion at Expo '74.

The facility was renovated in 2007 and has an exhibition hall floor capacity of 100,000 square feet plus breakout/meeting rooms and a 23,000 foot ballroom. 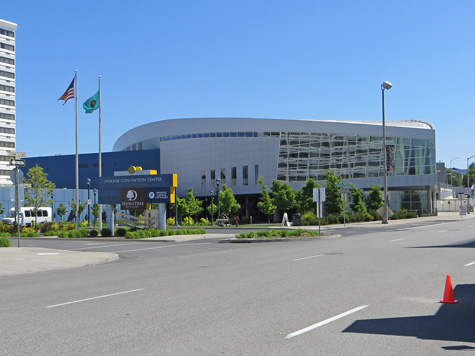