Deception Pass is the body of water that separates Whidbey Island from Fidalgo Island in Washington State.   The strait was given its name by Captain George Vancouver, who felt that he was deceived as to the nature of the inner waterway, Port Garner. 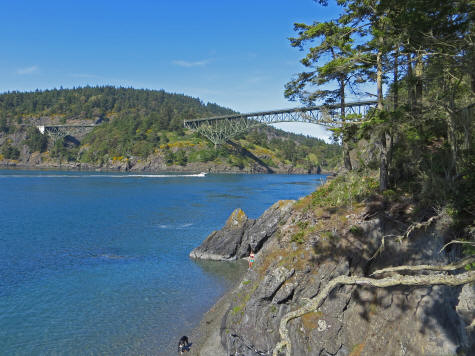 The velocity of currents in Deception Pas vary from five to eight knots per hour, depending on tide levels.  The depth of the pass varies from 4 to 37 Fathoms (i.e. 24 feet to  222 feet).